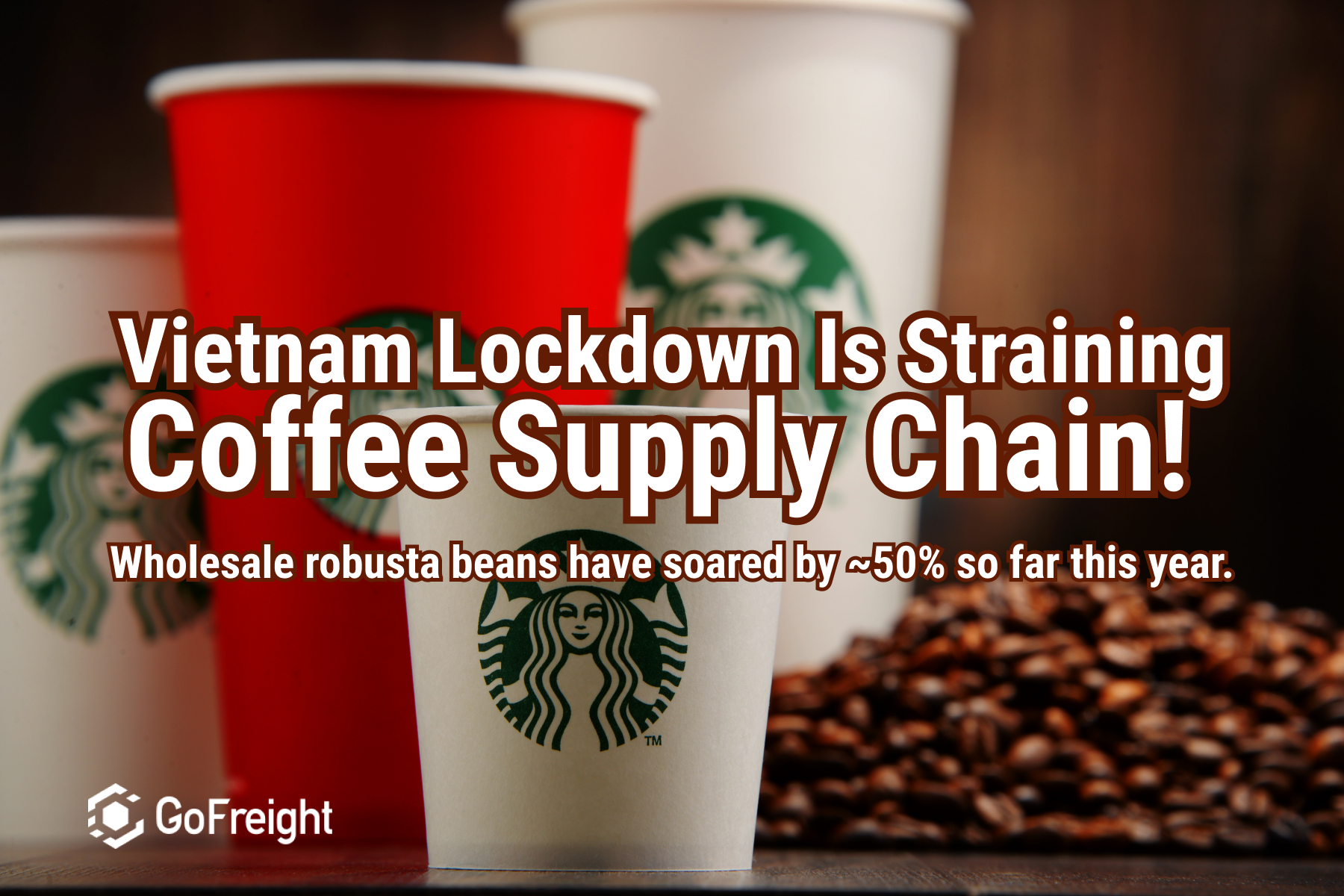 Robusta beans prices have risen to a record high due to transportation restrictions.

Vietnam, the major producer of Robusta beans, has conducted a tough travel restriction in its largest exporting hub, Ho Chi Minh Port, due to the recent surge in cases of Delta variant, which consequently added to concerns over global supplies of coffee.

Ho Chi Minh Port plays a key role in the global shipping network that runs from China to Europe, including coffee beans, and the restriction disrupts the shipping market as well as the coffee beans rates. According to the data from Refinitiv, Robusta beans prices recently soared to $2,018 per tonne on Aug. 27, hitting their highest level in four years.

The Vietnam Coffee-Cocoa Association has launched an appeal to ease restrictions.

To avoid further delays to shipments and related costs, the Vietnam Coffee-Cocoa Association and other trade organizations have appealed to the country’s government for easing the tough travel restrictions.

Faced with the force of public opinions, Vietnam’s transport minister has committed that the central government will order regional authorities in the south to take action to ease unnecessary burdens on the transporting of goods, including coffee.

The biggest coffee producer has worsened the coffee supply chain.

Brazil, the world’s biggest producer of premium arabica coffee beans, has suffered from the worst frosts since 1994, which propels the cost of unroasted coffee beans to the highest levels in seven years.

“They’ve been hit with quite a bad drought this year and it’s been followed by frost, which has seriously harmed the country’s coffee trees”, said Warren Patterson, ING’s head of commodities strategy.